The Battle of Beersheba and the Christian Connection: Lieutenant General Sir Harry Chauvel 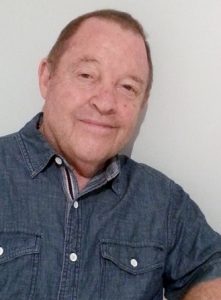 The horses were restless, pawing the ground in the relentless heat. A shimmering haze hung over the desert, taunting the waiting riders and their thirsty steeds with the promise of water. In the distance, a pall of dust obscured the fighting. But the dust cloud was crawling aimlessly, not flying forward. It was obvious that the attack had failed—just as two previous attempts on nearby Gaza had been repulsed.

Fights over this oasis on the edge of the desert had been ongoing for nearly 4000 years. Abraham’s argument with Abimelech over water rights had been settled with an oath and seven ewes at this spot: the wells of Beersheba.

Now, on 31 October 1917, another history-making moment had arrived. Men from the youngest nation on earth at the time had drawn their horses up outside the Turkish-held stronghold of Beersheba. Smarting from the defeat of Gallipoli, they were keen to engage the Turks on a new battleground.

In charge of the Australian troops was Harry Chauvel. Under his command were 34,000 horsemen and cameleers from various parts of the British Empire as well as France and Italy. This is considered by many to be the largest body of mounted troops since Alexander the Great over 2000 years before.

The British attack in the morning had failed. Chauvel, the first Australian to rise to Lieutenant-General within the British forces, thought there was still a chance to take this Turkish-held outpost. He ordered the Light Horse regiments to charge.

In they went. Just 800 of them. They tore across the dusty plains so swiftly that the town’s gunners kept overshooting them, unable to hold them in target. Soon they were too close for the guns’ range.

Thirty one Australian horsemen were killed with 36 wounded in this remarkable victory. The Turkish army suffered heavy casualties many hundreds dead and wounded as well as 700–1000 who surrendered and were taken as prisoners of war.

The biblical significance of this battle in the place still called by the name Abraham gave it was not lost on the troops. Shortly afterwards, the ANZACs were instrumental in re-taking the city of Jerusalem. In his scrapbook, Chauvel wrote the word ‘Prophetic’ under a photo of Jerusalem.

The city had been under Muslim rule since the seventh century. The Emperor Hadrian in the first century, ordered Jerusalem razed to the ground. Christians and Jews were forbidden to enter on pain of death. Yet God had promised in Scripture to return his chosen people to their own land.

According to an article in the Jerusalem Post on 29 October 2007, ‘…the Australian victory in 1917 set in train some remarkable events—the liberation of Jerusalem, the fall of the Ottoman Empire, the British Mandate in Palestine and ultimately the establishment of the State of Israel.’ The same article highlights a little known fact: the timing of the Light Horse charge at 4:30 pm appears to have coincided with a historic decision made in London in support of the establishment of the State of Israel. Although not officially made public until 3 days later, nevertheless it seems that, allowing for the time zone difference, this decision was made at the same hour as the attack on Beersheba on October 31.

Harry’s strong faith can be traced back to France in 1685. His Huguenot ancestors were forced to flee across the English Channel under threat of death because of their faith in Jesus Christ and their unwavering belief in the Bible.

His personal faith was vibrant. On all his campaigns, he carried a copy of the Scriptures, which he read regularly. This wood-bound, engraved Bible in which he sought inspiration in difficult times is kept and treasured by his family.

What a man of God and what a wonderful legacy. What will your legacy tell us about you?

From the DIDUNO and the Christian Connection series http://diduno.info/Source: Extracts from his daughters letters. And the Bible.