Why being a Christian is good for the ADF

First published on the MCF-A website in June 2016, this still rings true today and is worth a read again…… 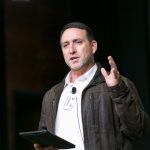 Are Christians demanding that the world conforms to what they want it to be or are they contributing in a way that leads people to an understanding of God’s incredible, eternal invitation? Should we as Christians demand that our society only allow laws that accord with our beliefs? Do we expect our government to provide “protection” for our beliefs? Is this what we as Christians are supposed to be? Are we the mouthpiece of God, telling the world what they should do or not do, where it pleases us to do so? Or are we the hands and feet of God, showing people how important they are regardless of the circumstance and the people who need us? The same applies for Defence Christians. Are we the mouthpiece or are we the hands and feet of God?

In 2006, a whistle-blower gave a copy of a video to the News of the World. It was footage taken inside a British Army patrol base in Iraq of a group of soldiers beating unarmed local youths in retaliation for a series of riots. It is disturbing footage. What should concern military Christians even more is that there were over one hundred British Army soldiers at that base, most of who could see, or walked past, the abuse. What influence was evident from the military Christians among those who either participated, watched, or just walked past? Was the violence in that video acceptable either militarily or from a Christian perspective?

No doubt those were difficult circumstances that those soldiers found themselves in. Indeed, we should feel pity that they felt the need to employ such brutality. Statistically, if the 2011 UK census statistics are applied, there should have been about 60 soldiers in that base who declared they were of Christian faith. Of those 60, about 10 should have been active in their faith. Plus, at the very least, the Battalion these troops came from had a Chaplain. If those ten active Christians are there, what influence have they had on the actions of their colleagues? In that context, what value did the British Army get from its military Christians on this day?

The Centurion in Capernaum is an example of someone who was the hands and feet of God, not just a mouthpiece. This man changes his environment by his faith. He doesn’t ask for the environment to be changed to help his faith. As we can see in the account in Matt 8:5–11, his faith changes the environment around him. The Jewish leaders of the day actually speak on his behalf; this man has standing. Why? He is an influence because he has served others. He was a man of uncommon service. His duty statement was Centurion, but his service to others as a believer was the most influential aspect of his life.

In addition, even though he is a successful military officer and a popular member of the community he still doesn’t think that he is worthy of being in the same room as Jesus. This man is a man of humility. He has every reason not to be humble but he is. And finally, his servant is sick. In the Middle East, two thousand years ago, slavery and servitude were part of society. Servants were valuable but not so much for one of the government elite. The Centurion describes the servant as “suffering terribly”. Compassion drives this man. So, this soldier is a person of service, a person of humility, and a person of compassion. What does Jesus tell us is behind his service, his humility, and his compassion? What is the fuel that drives him? Jesus tells us that this is because he is a man of faith. This man is influential, not because he is a senior military officer, but because he is a man of service, humility, and compassion, which is fuelled by his faith in God.

The ADF needs men and women like this Centurion. The ADF needs military Christians because they serve others. They don’t just turn up and fulfil their military duty statements; they go beyond what is expected. The ADF needs men and women of humility, not those enamoured with their rank, experience, or position. Humble people don’t bully and harass. Humble people naturally respect everyone around them and model that for others. The ADF needs people of compassion; the sort that show compassion and do what is right even in the heat of combat. Compassionate people don’t breach rules of armed conflict or use excessive force or ignore rules of engagement.

The ADF needs people like the Centurion. It needs people of faith. My experience is that most people anchor themselves psychologically to faith in something, be it family, or friends, or self. In fact, Defence expects us to have faith, maybe not religious faith, but faith in each other, faith in our equipment, faith in our leaders. The problem with having faith in those things that Defence asks us to is that, sooner or later, trust will be broken and faith will be shaken.

Military Christians shouldn’t need Defence to support our faith or faith in God, even though it does; after all, MCF exists, Chaplaincy exists. Defence does support Christians but we don’t need it to. To think Christians need that support means we don’t understand fully who we worship. While we don’t need Defence to support Christianity, Defence sure needs us. It needs us to be the moral compass in morally ambiguous situations. It needs us to be people of steadfast courage when all around us have lost that which they have placed their trust in. When their anchor fails, Defence needs us because our anchor won’t fail.